In Memory of Michael Levin 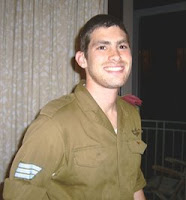 I attended the Memorial at Mt. Herzl Military Cemetery today to pay my respects to the family of Michael Levin, an immigrant from the U.S. who was one of three soldiers killed on August 1, 2006 in clashes with Hezbullah in the southern Lebanese village of Aita al-Shaab.


Born and raised near Philadelphia, Michael grew up in a traditional, American Jewish household, was active in USY and attended Camp Ramah in the Poconos. In February of 2001, Michael came to Israel for two months and attended the Alexander Muss high school program. After graduating high school, Michael attended the NATIV USY year long program in Israel. In his NATIV yearbook he wrote:

At the young age of 16, Michael already decided that he wanted to move to Israel and join a front-line combat unit in the IDF. He followed his dream three years later, and immigrated to Israel.

Upon arrival in Israel, Michael wasn't about to tolerate the built-in delay that allows most new immigrants several months to settle in and adjust to the Israeli way of life before starting IDF training. Michael fought for -- and received -- special permission to join the IDF almost right away. Once in, he fought again to get into the elite Paratroopers Brigade, becoming one of the few former Americans ever to do so, joining the elite paratroop unit #890 shortly thereafter.

In summer 0f 2006 Michael had received special permission to travel to the United States to visit his family, but when he heard about the outbreak of the war, he decided to end his trip and return to help his unit. He went straight to his commanders and demanded to be sent up north to defend Israel against Hezbollah. Seven days later he was killed.

On Tisha B'Av, Michael Levin was laid to rest at Mount Hertzl Cemetery. His family flew in from the U.S., where they were joined by literally thousands of people from all over Israel who came to pay tribute to his memory, his heroism.

Michael Levin made the ultimate sacrifice for the Jewish State that he loved so much.

May G-d console his family among the mourners of Zion and Jerusalem.

(Information about Michael's life was culled largely from the website of a film about his life, called: A Hero in Heaven. ) 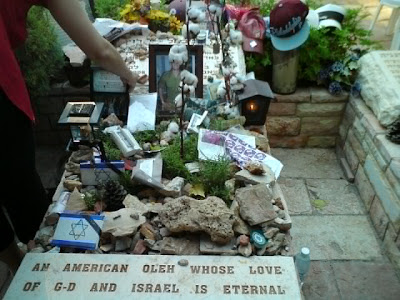